The Interchange Improvements Project is planned to provide about 4 miles of updates from the Twin Bridges in Norfolk to the Witchduck Road interchange in Virginia Beach. The $350 million project has two phases and includes redoing the Newtown and Witchduck off-ramps.

VDOT has announced that portions of Greenwich Road, which connects Witchduck and Newtown, will be permanently closed due to the new construction.

Barbara Merritt of Stephen Merritt, CPA, PC, was recently interviewed by WAVY TV to voice her concerns. She said in addition to not being notified, it has been difficult extracting information from VDOT. The CPA firm believes they should have been consulted about the projects details as this affects their business and many others along the Greenwich Road corridor.

You can watch the segment here on WAVY 10. (Be sure to look for Louis in his TV debut!) 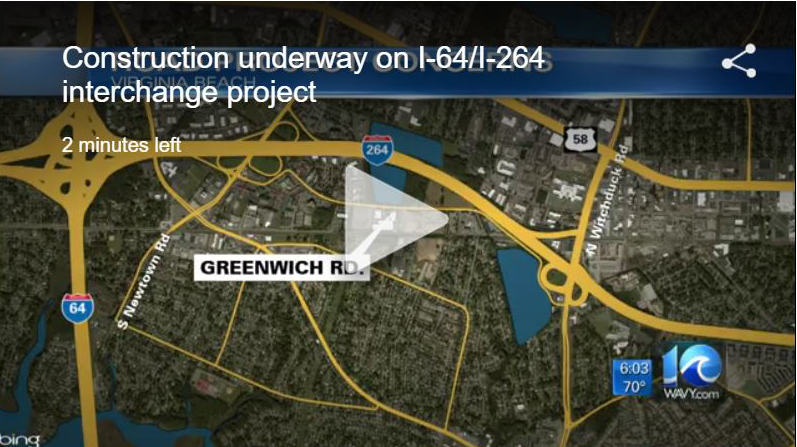 Read more about the interchange on the Virginia.gov website.